Meet Inspiring Speakers and Experts at our 3000+ Global Events with over 1000+ Conferences, 1000+ Symposiums and 1000+ Workshops on Medical, Pharma, Engineering, Science, Technology and Business.

Unique Opportunity! Online visibility to the Speakers and Experts

OMICS International conference series invites all the participants across the globe to attend the International Conference on Nanomaterials and Nanophotonics on November 19-20, 2020, Berlin, Germany. This scientific gathering guarantees that offering the thoughts and ideas will enable and secure you the theme “Techniques for learning the new technologies in the field of Nanomaterials”. It provides a premier technical forum for reporting and learning about the latest research and development, as well as for launching new applications and technologies. The principle focal point of nanomaterials is the thriving to vary the analysis cycle in optics, nanophotonics and lasers.

Nanophotonics & plasmonics focuses on light at the nanometre-scale. Light can only be focused to a spot roughly half its wavelength in size (a few hundred nanometres for visible light). This limit can be surpassed by coupling light to electrons at the surface of a metal and creating surface plasmons. This area of nanoscience, called nanophotonics, is defined as “the science and engineering of light matter interactions that takeplace on wavelength and sub wavelength scales where the physical, chemical or structural nature of natural or artificial nanostructured matter controls the interactions”.

Nanofabrication is the design and manufacture of devices with dimensions measured in nanometers. One nanometer is 10 -9 meters, or a millionth of a millimeter. Nanofabrication is of interest to computer engineers because it opens the door to super-high-density microprocessor s and memory chips. It has been suggested that each data bit could be stored in a single atom. Carrying this further, a single atom might even be able to represent a byte or word of data. Nanofabrication has also caught the attention of the medical industry, the military, and the aerospace industry. The market for nanofabrication equipment will grow at a compound annual growth rate of 10.4 percent over the period 2009 to 2014 and reach $90.4 billion in that year, according to Innovative Research and Products Inc. (Stamford, Connecticut).Over the same period the market for semiconductor wafers will grow at a CAGR of 14 percent to double and reach $20.6 billion in that year, the company said.

Nanomaterials are defined as materials with at least one external dimension in the size range from approximately 1-100 nanometers. Nanoparticles are objects with all three external dimensions at the nanoscale1. Nanoparticles that are naturally occurring (e.g., volcanic ash, soot from forest fires) or are the incidental byproducts of combustion processes (e.g., welding, diesel engines) are usually physically and chemically heterogeneous and often termed ultrafine particles. Engineered nanoparticles are intentionally produced and designed with very specific properties related to shape, size, surface properties and chemistry. These properties are reflected in aerosols, colloids, or powders. Often, the behavior of nanomaterials may depend more on surface area than particle composition itself. World demand for nanomaterials will rise more than two-and-a-half times to $5.5 billion in 2016. Nanotubes, nanoclays and quantum dots will be the fastest growing types. The energy storage and generation and construction markets will offer the best growth prospects. China, India and the US will lead gains among countries.This study analyzes the $2 billion world nanomaterial industry. It presents historical demand data for the years 2001, 2006 and 2011, and forecasts for 2016 and 2021 by material (e.g., metal oxides, chemicals and polymers, metals, nanotubes), market (e.g., health care, electronics, energy generation and storage, construction), world region and for 15 countries.

Nanoelectronics holds some answers for how we might increase the capabilities of electronics devices while we reduce their weight and power consumption. Improving display screens on electronics devices. This involves reducing power consumption while decreasing the weight and thickness of the screens. Increasing the density of memory chips. Researchers are developing a type of memory chip with a projected density of one terabyte of memory per square inch or greater. Reducing the size of transistors used in integrated circuits. One researcher believes it may be possible to "put the power of all of today's present computers in the palm of your hand”. Microelectronics is one of the main subfield of electronics. As the name indicates, microelectronics is highly related to the study and manufacture of  microfabrication of very small electronic components. Micro-sensors that combine optical and mechanical sensor functions with integrated electronic signal processing are rapidly growing in areas such as safety, health, environmental monitoring, and energy control. Relevant examples are collision sensors for airbags and instruments for endoscopy. The global market for nanoelectronics is expected to reach $409.6 billion by 2015, as stated by the new market research report. Nanoelectronics is expected to exercise a considerable influence on semiconductors, displays, memory and storage devices and communication devices.

Molecular nanotechnology has been defined as the three-dimensional positional control of molecular structure to create materials and devices to molecular precision. The human body is comprised of molecules, hence the availability of molecular nanotechnology will permit dramatic progress in human medical services. More than just an extension of "molecular medicine," Nanomedicine will employ molecular machine systems to address medical problems, and will use molecular knowledge to maintain and improve human health at the molecular scale. Nanomedicine will have extraordinary and far-reaching implications for the medical profession, for the definition of disease, for the diagnosis and treatment of medical conditions including aging, and ultimately for the improvement and extension of natural human biological structure and function."Nanomedicine is the preservation and improvement of human health using molecular tools and molecular knowledge of the human body."Nanobiotechnology is a new frontier for biology with important applications in medicine. It bridges areas in physics, chemistry, and biology and is a testament to the new areas of interdisciplinary science that are becoming dominant in the twenty-first century. This course provides perspective for students and researchers who are interested in nanoscale physical and biological systems and their applications in medicine. It introduces concepts in nanomaterials and their use with biocomponents to synthesize and address larger systems. Applications include systems for visualization, labeling, drug delivery, and cancer research. The central nervous system (CNS) products market reached $11.7 billion in 2010 and $14.0 billion in 2011. It is expected to grow to $29.5 billion by 2016, a CAGR of 16.1% between years 2011 and 2016.The anticancer products market reached $25.2 billion in 2010 and $28.0 billion in 2011. It is expected to reach $46.7 billion by 2016, a CAGR of 10.8% between years 2011 and 2016.

Session 6: Nanotechnology in energy and environment

Research into hydride materials for energy applications typically focuses on enhancing gravimetric storage density and ion transport of the materials. However, the requirements for stationary applications such as fuel cells can be significantly different and amenable to a broader class of potential materials. Multiple geophysical and social pressures are forcing a shift from fossil fuels to renewable and sustainable energy sources. To effect this change, we must create the materials that will support emergent energy technologies. Solar energy is the utmost priority to develop photovoltaic cells that are efficient and cost effective. Department of Materials Science and Engineering, Stanford University, conducting extensive research on Photovoltaics, Energy storage and Hydrogen storage to meet global Energy requirements.

The 2000s have seen the beginnings of the applications of nanotechnology in commercial products, although most applications are limited to the bulk use of passive Nanomaterials Examples include titanium dioxide and zinc oxide nanoparticles in sunscreen, cosmetics and some food products; silver nanoparticles in food packaging, clothing, disinfectants and household appliances such asSilver Nano; carbon nanotubes for stain-resistant textiles; and cerium oxide as a fuel catalyst. As of March 10, 2011, the Project on Emerging Nanotechnologies  estimated that over 1300 manufacturer-identified nanotech products are publicly available, with new ones hitting the market at a pace of 3–4 per week. Germany has a social market economy that is considered the fifth largest in the world following the German unification in 1990. Germany’s economic status has recovered from the recession phase between 2008 and 2009 by accepting manufacturing orders and exports from outside the Euro zone. Germany’s GDP as of 2011 was $3.139 trillion. About 71% of the total GDP is contributed by the service sector, 28% by the industrial sector and 1% by the agricultural sector.

A complex set of engineering and scientific challenges in the food and bioprocessing industry for manufacturing high quality and safe food through efficient and sustainable means can be solved through nanotechnology. Bacteria identification and food quality monitoring using biosensors; intelligent, active, and smart food packaging systems; nanoencapsulation of bioactive food compounds are few examples of emerging applications of nanotechnology for the food industry. Scientists and engineers in almost all industries are developing nanotechnology to make their products stronger, lighter, more durable, more corrosion resistant and more economical.  Many nanotechnology applications are quietly added to existing products to enhance performance.  For a list of consumer products known to include nanotechnology.Nanotechnology is a growing interdisciplinary technology that is often seen as a new industrial revolution. Nanotechnology is increasingly attracting worldwide attention owing to its wide range of end-uses. As nanotechnology is evolving, so is the scope for its commercial expansion. The wide range of potential products and applications gives nanotechnology its enormous growth prospects. It has been forecasted that the global nanotechnology industry will grow to reach US$ 75.8 Billion by 2020. In such a scenario, huge opportunity lies for industry participants to tap the fast growing market.

Microelectronics, photonics, and nanotechnology (MPN) constitute a research area that has the potential to address many of the grand challenges currently facing society, including improving healthcare by engineering better diagnostic tools, securing the homeland by creating better chemical and gas sensors, and reducing the cost of renewable energy sources by increasing the efficiency of solar energy conversion. Materials, devices, and integrated systems are the foundation to creating the enabling technologies that can address these important, multi-disciplinary challenges. Quantum mechanical properties of light and matter for applications including secure communications, quantum and classical computing, and sensing. Nanophotonics and nanoscience play crucial roles in building a platform for quantum technologies.

Electronic Systems Engineering focuses on the integration of electronics, computers, and communication technologies. Electronic communications engineers conceptualize, design, test and oversee the manufacturing of communications and broadcast systems. They mainly work to integrate electronics and communications into any system they develop. A signal is an electric current or electromagnetic field used to convey data from one place to another.More complex signals consist of an alternating-current (AC) or electromagnetic carrier that contains one or more data streams.

Worldwide nanophotonics market is relied upon to assemble $18 billion by 2023, enrolling a CAGR of 7% among the estimation time-frame 2018-2023. Global nanomaterials and nanophotonics market is anticipated to witness huge growth in forecasted period due to continuous increasing application of the technology in organic light emitting diodes (OLED), light emitting diodes (LED) and optical communication. In addition, large optical bandwidth and energy-efficient designs provided by nanophotonics are boosting the growth of the market. However, limited commercialization and high cost of the raw materials are some of the major factors which are hampering the growth of the market. Moreover, reduction in manufacturing cost due to the use of nanophotonics is major factors which are creating numerous opportunities for this market. The nanophotonic business is presently concentrating on advancement of effective.

Why to organize this conference

Nanomaterials 2020 Conference is devoted to giving optics specialized gathering in detailing and find out about the most recent innovative work, new applications and advances. It incorporate interesting topics introductions from everywhere throughout the world and expert systems administration with businesses, driving working gatherings and boards. The meeting will be organized to bring together nanotechnology practitioners, optics specialists, lasers and optoelectronics professionals in one platform.

Business value of nanomaterials and nanophotonics

University at Buffalo, the State University of New York

University of North Carolina at Greensboro

INTO University of South Florida

University of North Carolina at Charlotte

The University of British Columbia

The University of Southampton

The University of Manchester

The University of Oxford

The University of Sydney

The University of Auckland

Institute Of Bioengineering and nanotechnology

The Chinese University of Hong Kong

To Collaborate Scientific Professionals around the World

Abstracts will be provided with Digital Object Identifier by

Universal acclaim based on
8960 Ratings 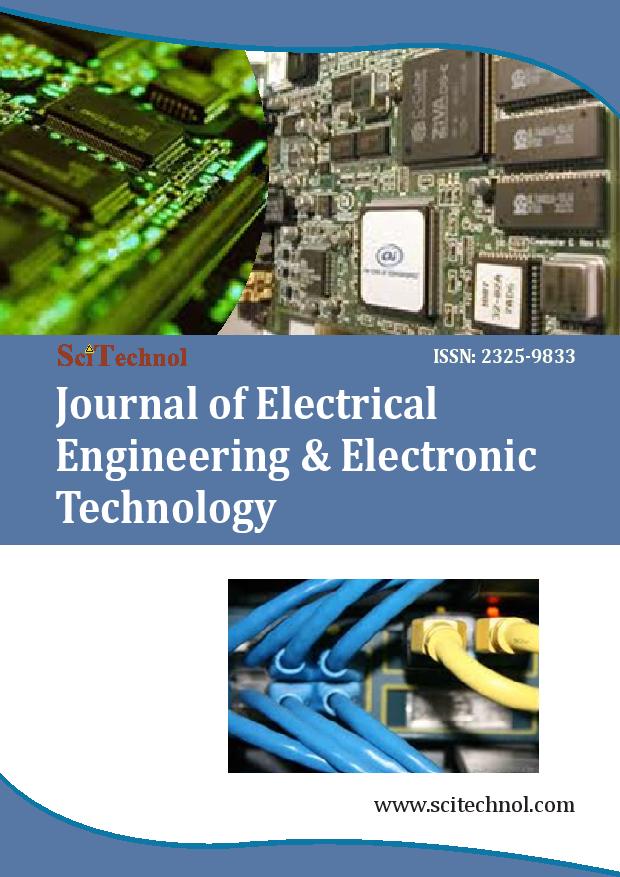